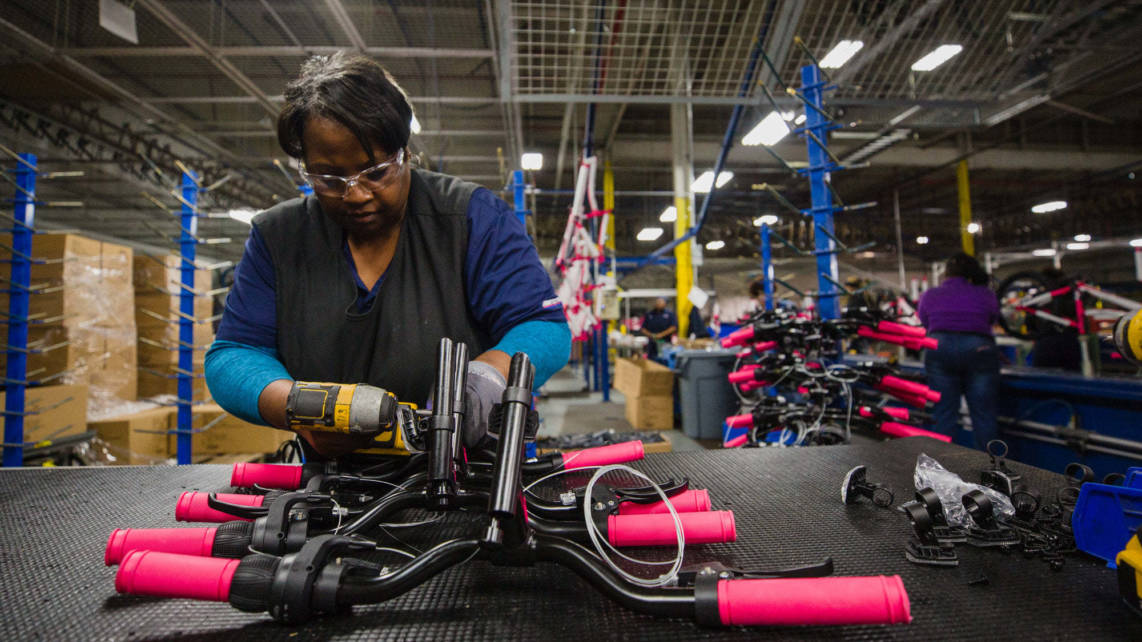 Did you know that we have a bicycle plant in Clarendon County? We actually have two! Bicycle Corporation of America, known as BCA Bicycles under parent company Kent International, owns and operates two locations here. The largest Clarendon site is located off of Hwy 521 in the Manning area and the other is located in Summerton across from Scotts Branch High School.

In the late nineties, all major bicycle manufacturers had moved their production processes overseas and most continue to do so. Kent International is the exception. In 2013, Kent Intl. purchased a 200,000 sq ft facility in Clarendon County after being inspired by Walmart’s commitment to bring Made in America goods back to their shelves. Kent began a bike assembly program under the name Bicycle Corporation of America, which eventually morphed into a full-blown bicycle manufacturing facility.

The Manning facility mass produces three products for which Walmart is the sole customer. These products are a Charleston ladies cruiser, and girls and boys crossfire, which are 20” bikes. These bikes can be found locally at Walmart.

The Summerton facility produces specialty brand Univega bikes, which are distributed to bike dealers up and down the eastern seaboard.

BCA is the only mass producer of bicycles in the USA.

We recently met with General Manager, Mike Morrow and Human Resources Manager, LaShonna Meagley to learn more about their company and to see how BCA has been affected by the economic upheaval caused by the COVID-19 pandemic.

According to Morrow, the pandemic has impacted every aspect of the supply chain. “We were declared an essential business so for the most part we have remained operational,” said Morrow. “People were stuck at home and wanted to get outside and were it not for the supply issues, we would’ve experienced an economic boom because of demand.” He added that they are producing as much product as possible given the supply chain complications but have fared well.

Meagley added that BCA’s commitment and dedication to employee safety and satisfaction is a main reason for their continued success. “I’ve never worked anywhere where the owners of the company have been so vested in their team,” she said referring to CEO, Arnold Kamler and President, Scott Kamler. Morrow added that the CEO and President make themselves very accessible to the employees. “They actually walk the line to check on employees and tell them to call and email them directly which is unprecedented,” he said.

Morrow and Meagley want residents of Clarendon County to know that BCA is often hiring; the job opportunities are ample and there is plenty of room for advancement there. “We are focused on promoting from within and we provide on the job training for those individuals looking to advance their careers,” Morrow said. Meagley added that she’d like to encourage Clarendon County students to consider BCA when they are looking into trade schools and potential careers. “We want them to know that there is an opportunity for a well paying career in their backyards making quality products that are sold locally and throughout the country,” she said.

They added that interested candidates can apply online but potential employees are also welcome to walk in and fill out an application.